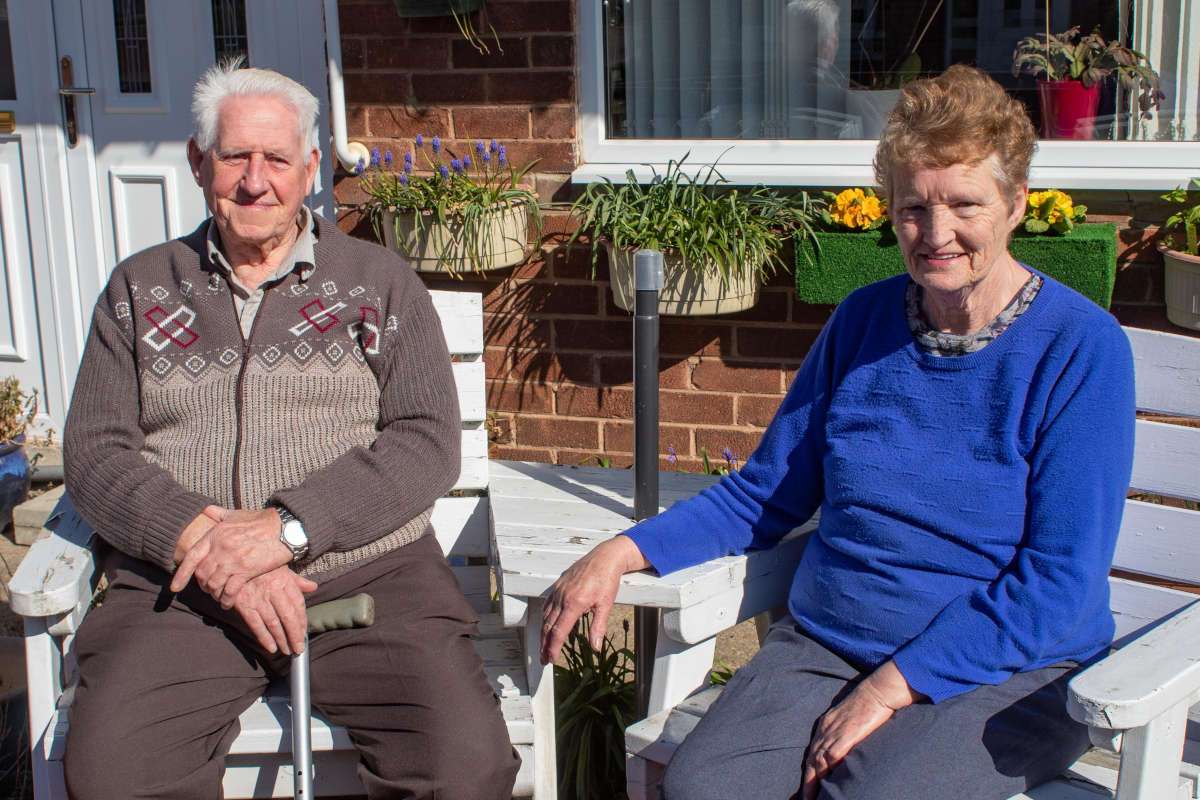 A great-grandmother thought she was being scammed when she was told that she had won first prize in a charity lottery.

Margaret Wood, from Billingham, had been taking part in the Butterwick Hospice Care lottery for more than 25 years when she took a phonecall from a lady who told her that she had won their top prize of £1,500.

“I said to her, ‘Are you sure?’ and she said, ‘Yes, Margaret.’ I still wasn’t convinced that it wasn’t a scam, because there are so many going round at the moment, and when I told my husband, he said the same thing.”

Margaret only believed it was true when she received the cheque in the post.

Part of her surprise win is going to be shared between her four sons and one daughter – who have 13 children between them – and she is going to spend some of it on her house.

Margaret also has two great-grandchildren, one of whom – Harry – was born on March 25th – the day the nation went into lockdown in 2020. The date is also that of Margaret and Bob’s wedding anniversary, and they celebrated their 60th this year but, unfortunately, weren’t able to have a big family party because of Covid.

However, they were delighted to receive a letter from the Queen, congratulating them on reaching their diamond anniversary.

Butterwick Hospice Care was started more than 30 years ago, by Mary Butterwick, who sold her home to raise funds after her husband, John, died of cancer. Margaret met Mary when she used to come to speak at the church that Margaret attended in Billingham.

“She was a lovely lady, and she visited our Friendship Hour group every couple of months. She told us what she had done to set up the hospice., and I thought it was a such good cause to support, so I started playing the lottery with just £4 a week,” explains Margaret. “But you don’t support it hoping to win, do you? I see it as a regular donation towards the marvellous work that they do.”

Margaret’s sister and brother both died of cancer and were treated at the hospice in Stockton. Her sister, Marlene, had bowel cancer and, when she was very ill, would find it hard to eat.

“When she was at the hospice day care, the cook would come and ask her if there was anything particular that she fancied to eat, and would then go and make it for her,” said Margaret. “That wouldn’t happen in a hospital – they can’t just go and make you an omelette because it’s what you fancy. Marlene thought it was an absolutely marvellous place.”

Margaret’s daughter-in-law, Michelle, and Michelle’s daughter, Ashleigh, both work at the hospice, supporting the charity that supported her family when they needed it.

Margaret is keen to urge everyone to join the weekly hospice lottery, and says: “They are so busy with patients, and it would be wonderful if they could build more hospices, but they need more money. I’ve told my husband that, God forbid I should ever get cancer, I hope it would be the Butterwick that he would put me in to for respite care.”

The lottery was set up to raise much-needed funds for the Hospice to continue its vital work.

Information on joining the lottery can be found at: www.butterwick.org.uk/whatyoucando/butterwicklottery/

A light in the darkness of lockdown