You are here: Home1 / Blog2 / News3 / Community News4 / Chorister sings praises of hospice that ‘Gave him his wife back’ 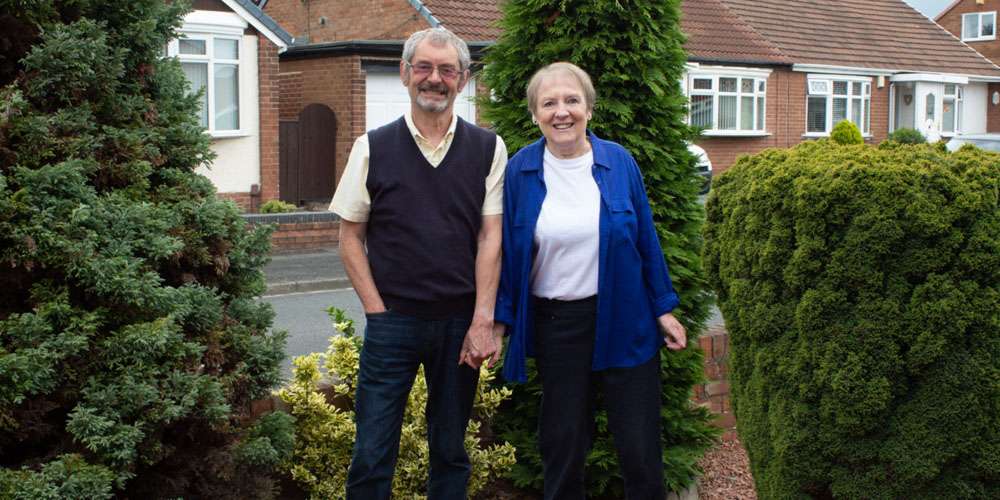 A talented pensioner has vowed to go on supporting dedicated staff at a North-East charity after revealing: “They gave me my wife back.”

Alan Jones, 70, of Billingham, has spoken out about his debt to Butterwick Hospice Care, which has launched an emergency appeal during the coronavirus pandemic.

The retired industrial designer – a trained chorister and musician – turned to the hospice last year to enquire about respite care for his wife Anne, who has suffered from multiple sclerosis for 25 years.

Despite initially being reluctant, Anne started attending a support group which meets every Tuesday and includes other people with MS.

“It turned out to be a godsend, and the major thing they did for her was to sort out her medication,” said Alan, an open-heart surgery survivor. “People think hospices are all about death, but they are a lot about life. Thanks to the Butterwick, a completely different woman came out – I got my wife back.”

Anne then stayed in the Stockton hospice for a week of respite care last September while Alan went to the Yorkshire Wolds on an annual cycling break with old school friends.

“It was a chance for us both to have a break,” said Alan. “Anne was treated so well – it’s like a hotel – and it was nice for me to get out in the fresh air and relax.”

Anne had another week’s stay in March, and is booked in again in September, with Alan planning to go on another holiday with his pals, if the coronavirus crisis eases.

Over the years, Alan has organised a number of fundraising events for charity, including a marathon with his brothers from Yarm to Richmond in 1992, when inspirational hospice founder Mary Butterwick fired the starting pistol.

It followed the death of their mother, Louisa, who was cared for by the Butterwick while suffering from cancer.

“I’d been talking to a colleague at work whose wife had died of cancer, and he told me to try to get my mother into the Butterwick,” recalled Alan. “Until her dying day, she said it was the best thing she’d ever done.

“Mary Butterwick was the most amazing person, and her mindset lives on through the staff, who are the most wonderful people, and do what they do because they have a vocation.”

Alan had another reason to be grateful to the Butterwick when a close friend was given respite care while suffering from motor neurone disease. He died four years ago.

Alan has pledged the services of the band he performs with – called ‘I’m With Him’ – to raise funds for the Butterwick. He has also vowed to complete the London to Brighton bike ride in aid of the charity, and he and Anne are committed to riding a tandem in the Butterwick Big Ride if it goes ahead in September.

“I have so much to be grateful to the Butterwick for,” said Alan. “We have a standing order for the Butterwick raffle, and we make donations whenever we can. These are hard times and it’s just a special charity.”

Butterwick Hospice Care chief executive, Debbie Jones, said: “It’s only when you hear from someone we have supported that you really understand the difference we can make to families in their time of need.

“Also, the support that Alan has given the hospice through fundraising and sharing his story is immeasurable.  We cannot thank enough those like Alan who work hard on our behalf to raise money and share our good work.”

Anyone who can make a donation, should go to: virginmoneygiving.com/fund/butterwickappeal